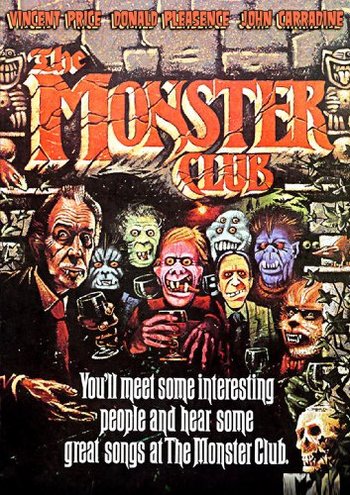 The Monster Club is a British/Canadian horror Anthology Film made in 1980, directed by Roy Ward Baker, starring Vincent Price and John Carradine, and loosely based on the works of horror author R. Chetwynd-Hayes.

In the film, Carradine plays a fictional incarnation of R. Chetwynd-Hayes who encounters a vampire named Eramus (Price), who takes him to the titular Monster Club in gratitude of reluctantly letting him feed on his blood. There, Eramus tells a few stories adapted from ones written by Chetwynd-Hayes.