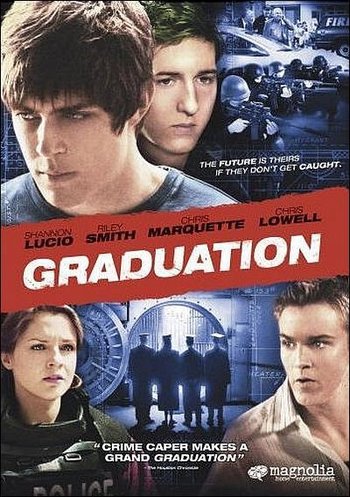 A group of high school friends from suburban Pittsburgh—Carl, Polly, Chauncey and Jackson-—are about to graduate. Polly and Chauncey are dating, Carl needs a date to prom and Jackson doesn't seem to know what to do with his life. When Carl's mom becomes ill and needs $100,000 for surgery, Polly comes up with a plan: rob her dad's bank. The plan seems foolproof, and graduation is the perfect alibi; all the kids need to do is steal the keys to the bank's vault. However, things get complicated when Carl falls in love with a bank teller named Suzi and Polly falls in love with Jackson. Through it all—including an unforeseen hostage crisis—the friends learn a lot about themselves.