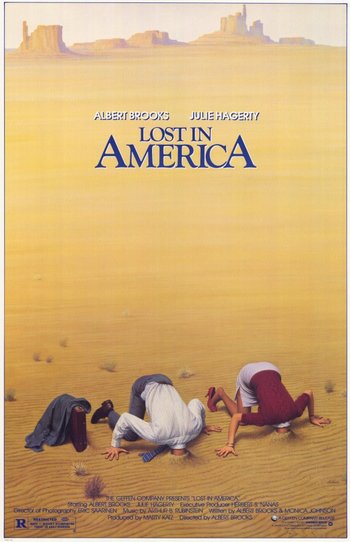 Lost in America is a satirical 1985 comedy directed and co-written by Albert Brooks, who also stars along with Julie Hagerty.

David Howard (Brooks) is a Los Angeles advertising executive counting on a big promotion. He does get a promotion of sorts — he's being sent to New York City — but because it's not the one he's expecting, he flies into a rage and quits on the spot. He then convinces his wife Linda (Hagerty) to quit her job as well, so they can hit the road in their Winnebago, and live their lives like the characters from Easy Rider. Hilarity Ensues.