Film / Lust in the Dust 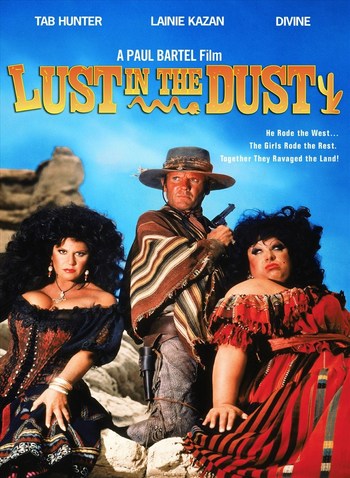 Lust in the Dust is a 1985 Western comedy film directed by Paul Bartel. The film stars Divine in one of his few non–John Waters roles as a dance hall girl who arrives in Chili Verde with a drifter (Tab Hunter) in search of gold.

The title is derived from a nickname for King Vidor's Duel in the Sun. It was largely ignored in its initial release but has become something of a Cult Classic over the years.