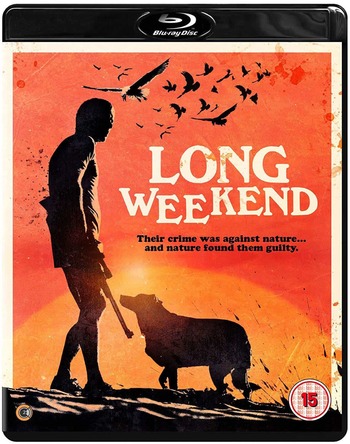 "Their crime was against nature, and nature found them guilty."
— Tagline
Advertisement:

The story concerns a couple in a disintegrating marriage, Peter (Hargreaves) and Marcia (Behets), who, along with their dog, go for a weekend camping trip. The couple, especially Peter, take out their frustrations on the natural environment, committing such crimes against the environment as killing a dugong, throwing lit cigarette butts in dry bush, and spraying insecticide. As tensions between the couple escalate, nature is not pleased with their environmental wrongdoing and starts to strike back, first by an eagle and possum attacking Peter, and then through more insidious means.

A remake was released in 2008, directed by Jamie Blanks and starring Jim Caviezel and Claudia Karvan in the lead roles.