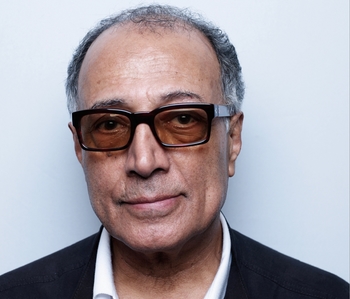 Abbas Kiarostami (June 22, 1940 – July 4, 2016) was an Iranian film director considered one of the major directors of the Iranian New Wave.

After working in advertising, designing film titles, and illustrating children's books he went into filmmaking. Most of his early works were films aimed at children made for Kanun, Iran's Institute for Intellectual Development of Children and Young Adults.

In 1987 he directed Where is the Friend's Home? which brought him to attention outside of Iran. The film was the first part of his Koker trilogy. Kiarostami would go on to win many international awards including the Palme d'Or at the Cannes Film Festival for Taste of Cherry. His films were often challenged and banned by Iranian censors.

He served as a mentor to younger filmmakers such as Jafar Panahi and Asghar Farhadi.

Kiarostami was hospitalized in March 2016 for intestinal bleeding due to stomach cancer. He died July 4, 2016.