Film / Two or Three Things I Know About Her 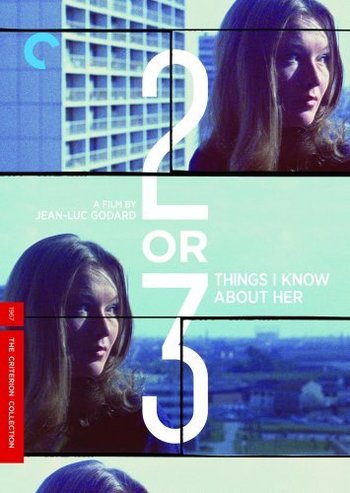 Deux ou Trois choses que je sais d'elle is a French film by Jean-Luc Godard. Its translated title is Two or Three Things I Know About Her.

It is about a young housewife named Juliette (Marina Vlady) who turns to prostitution to support herself, but the film is very freewheeling and rambles about different plots that are left hanging. It is one more Godard rumination on the state of French society of the mid-'60s.