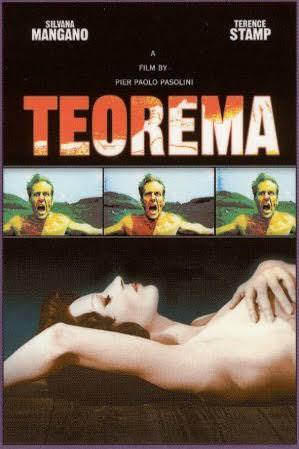 Teorema is a 1968 film by Pier Paolo Pasolini.

It centers around an upper-class Italian family: father Paolo, mother Lucia (Silvana Mangano), shy daughter Odetta, gay son Pietro, and the family maid Emilia. Into this existence comes, unbidden, a mysterious visitor (Terence Stamp). The Visitor, who displays an otherwordly beauty along with a calm and understanding demeanor, seduces them all in turn, starting with the maid and ending with the father. Then as suddenly as he arrived, he leaves. All the family are thrown into crisis as they struggle to deal with the disappearance of their strange visitor.