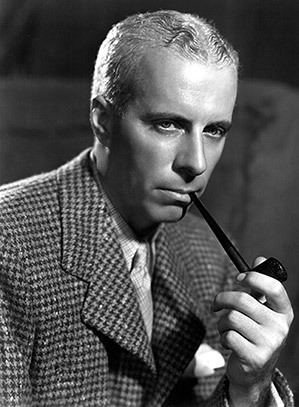 Starting out in silent films as an assistant director and other production jobs, Hawks soon moved up to director, and was one of Hollywood's top directors for the next several decades. Among the genres he handled successfully were gangster films, romantic comedies, screwball comedies, westerns, detective movies, and even musicals. Unlike other directors at the time, he wasn't tied to one particular studio. Also, though he worked with a number of well-regarded writers on his films (among them Ben Hecht and William Faulkner), he was also known for changing the script as he was shooting it, with a number of examples of Throw It In in each of his films. He also was legendary for the number of tall tales he told about himself.

Though Hawks directed a number of hits throughout his career, he fell out of favor with critics in the '50s, but was Vindicated by History, thanks to "auteur" critics like François Truffaut who helped restore his reputation. A later generation of directors would cite him as a major influence, second only to John Ford, due to his versatility in moving between genres, with the likes of John Carpenter, Martin Scorsese, Robert Altman, Quentin Tarantino, Wes Anderson, Gregg Araki, and Jim Jarmusch testifying to his influence on their work.

Some tropes associated with Hawks's work are: