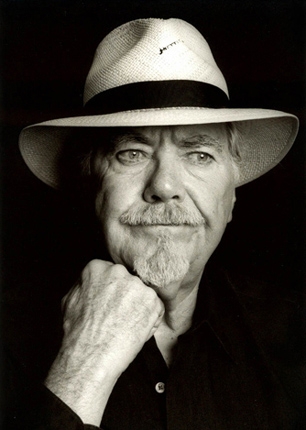 "I don't think there's a filmmaker alive, or who ever lived, who's had a better shake than I've had. I've never been without a project and it's always been a project of my own choosing. So I don't know how much better it could be. I have not become a mogul, I don't build castles and I don't have a vast personal fortune, but I have been able to do what I've wanted to do and I've done it a lot."
Advertisement:

Robert Bernard Altman (February 20, 1925 – November 20, 2006) was an American film director, producer, and screenwriter, who came to prominence in the New Hollywood era. He was the most prolific of that generation, the most political and critical director of his time, and the one who retained his independent spirit even when that era ended, and retained it until his final film. He developed a reputation as the industry maverick whose films were admired but little loved, but eventually he came to be seen as one of America's greatest and most original film-makers.

Born in Kansas City, Missouri to a prominent German-American family (his grandfather built a high-rise in downtown Kansas City called the Altman Building that stood for the better part of a century), he studied at Jesuit schools and at Wentworth Military Academy. During World War II, Altman joined the United States Army Air Forces at the age of 18. He flew more than 50 bombing missions as a crewman on a B-24 Liberator with the 307th Bomb Group in Borneo and the Dutch East Indies. After the war, Altman drifted around, working as an extra, a publicist, industrial film-maker before directing his debut, the independently made The Delinquents made to cash-in on youth films after Rebel Without a Cause. The film didn't attract notices but it provided Altman an entry into television where he worked for nearly ten years until his Breakthrough Hit of M*A*S*H. The shifts in the industry and the society paved the way for greater experimentation in American films, and the late-blooming Altman grabbed his opportunity and went into one of the greatest productive periods by any directors in movie history, turning films like The Long Goodbye, Nashville, 3 Women which were seen as highly innovative for its camera-work, its use of sound and its narrative invention, borrowing from European films but infusing it with a distinctive American spirit and earthiness.

One of his famous techniques was to film group scenes continuously with multiple cameras, forcing the actors to stay in character and sometimes to improvise action or dialogue because any moment of their performance could end up in the film. He was notorious for his overlapping dialogue, multiple planes of action, and refusing to clarify and make his film accessible to see and hear for the public. Altman often insisted that his movies were made to be seen more than once and indeed, his particular ensemble movie, called Altmanesque became the reference points for films like Magnolia and Crash.

A moviemaking maverick with little use for the Hollywood establishment, Altman went to France in The '80s when funding dried up in America for his movies. In exile, he made filmed theatre, including the unusual one-man-chamber play Secret Honor and the early HBO miniseries Tanner '88. He made his comeback in The '90s with Short Cuts and The Player and made films in the mainstream for several years. He was still critical of American society and opposed to the policies of George W. Bush. However, the public caught up to Altman's films and worldview to the extent that Altman (after being nominated for the Academy Award for Best Director five times) was awarded an Honorary Oscar in 2006. On receiving the Oscar, Altman stated that he had a heart transplant surgery in the last few months, Foreshadowing his death a few months later. His final film, A Prairie Home Companion was made with Paul Thomas Anderson on standby to takeover, as a form of insurance, but Altman managed to finish it in time.

Altman occasionally dabbled in songwriting as well, most notably in Country Music singer John Anderson's 1983 hit "Black Sheep" (co-written with singer-songwriter Danny Darst, who also appeared in supporting roles in some of Altman's films from The '90s).

Works directed by Robert Altman with their own trope pages include:

Other tropes associated with Robert Altman: