All Work vs. All Play 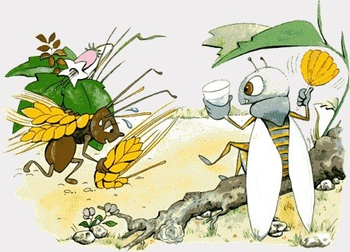 "All work and no play makes Jack a dull boy.
All play and no work makes Jack a mere toy."
— Maria Edgeworth, Irish novelist
Advertisement:

Alice is all work, all the time and never has time to have fun because fun is not productive. Meanwhile, Bob only cares about having fun all the time and claims to be allergic to work. If only there was some sort of golden mean...

Usually, a scenario to give An Aesop about balance between responsibility and leisure, this has been seen incarnated in different ways through media but at times is just the essential characteristic between two characters. Compare All Take and No Give.