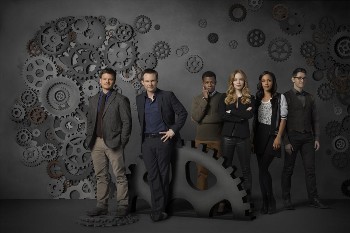 Mind Games is a 2014 TV series starring Christian Slater and Steve Zahn. It centers on the Edwards brothers, Clark, a bipolar ex-psychology professor, and Ross, an ex-con, who start a business where they use Clark's knowledge of behavior to help people achieve what they want.