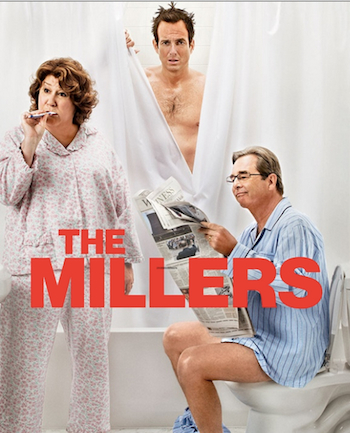 He thought he left the nest.
Advertisement:

The Millers is a 2013–15 CBS sitcom created by Greg Garcia and starring Will Arnett as Nathan Miller.

Nate is a local TV reporter in Leesburg, Virginia. The show follows Nate as he tries to deal with issues at work and with his family while also trying to maintain an active social life. Things get complicated when Nate's parents suddenly decide to divorce and his mother moves in with him while his father moves in with his sister and her family.

Very abruptly cancelled by CBS partway through its second season.