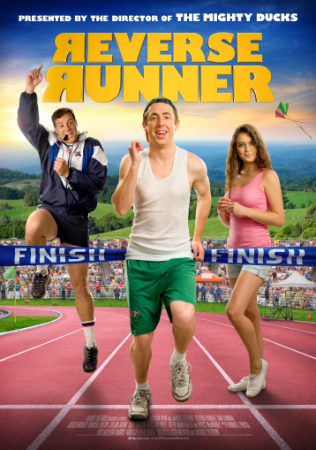 Kid Campbell: "I was born backwards".

A 2013 sports comedy written and directed by Jarrod Theodore and Lachlan Ryan. It was released and distributed by Theory Pictures in selected Victorian cinemas where it was modestly successful. It was released on DVD, Blu-ray and VOD in September across Australia and New Zealand by Pinnacle Films. Stephen Herek served as the executive producer.

The film's story centres on Manchild Kid Campbell, who dreams of being a reverse runner despite being mocked, ridiculed and kicked out of home.

This films contain examples of: