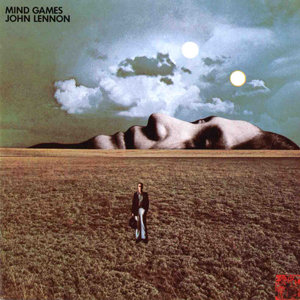 "Love is the answer and you know that for sure/Love is a flower, you got to let it grow..."
Advertisement:

Mind Games is the seventh studio album by John Lennon, released in 1973. It is best known for the title track. The album mostly deals with his temporary separation from Yoko Ono and was criticised at the time of its release for being direction-less.