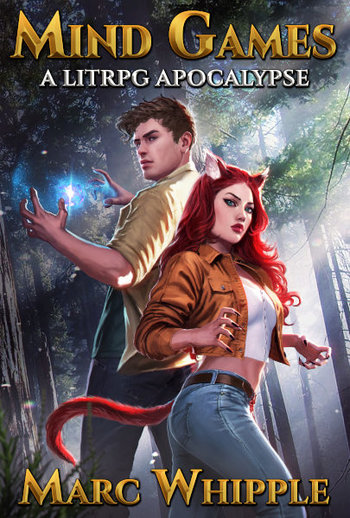 Mind Games is the first book in a series, wherein one Saturday morning the main characters wake up to find that all of a sudden magic works, electronics don't, and hilarity is about to ensue. (Assuming you find fifteen-foot long rattlesnakes, bears the size of mini-vans, and the fact that everyone on Earth now has quantifiable stats, a Class, and no clue what to do next hilarious.) Something which calls itself the "System" starts communicating with everyone in the world, giving them messages and allowing them to access an RPG-style interface which includes stat attributes, magical abilities called Skills and Spells, and the ability to gain levels and become more powerful.