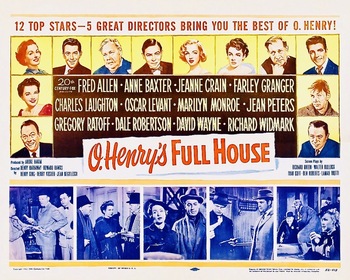 O. Henry's Full House is a 1952 anthology film, consisting of five separate shorts adapted from stories by O. Henry. The five films are:

None other than Pulitzer Prize-winning author John Steinbeck appears as a narrator introducing each story.