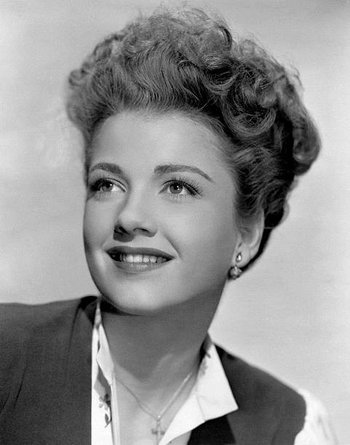 In 1947, she won the Academy Award for Best Supporting Actress for her role in The Razor's Edge (1946). In 1951, she received an Academy Award nomination for Best Actress for the title role in All About Eve (1950). She worked with several of Hollywood's most famous directors, including Alfred Hitchcock in I Confess (1953), Fritz Lang in The Blue Gardenia (1953), and Cecil B. DeMille in The Ten Commandments (1956).

She was the granddaughter of the architect Frank Lloyd Wright.