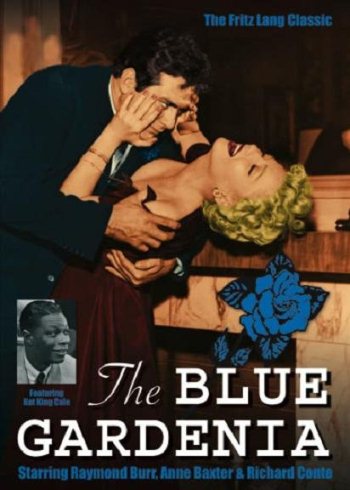 The Blue Gardenia is a 1953 Film Noir directed by Fritz Lang.
Advertisement:

Norah (Anne Baxter), a young woman working as a telephone operator, gets a breakup letter from her soldier boyfriend and goes out for a night on the town. After a number of strong drinks, she goes home with a womanizing lech, Harry Prebble (Raymond Burr), and wakes up in his apartment with his dead body. Guilt-ridden hijinks ensue as Casey Mayo (Richard Conte), local reporter, tries to track down the woman responsible for this sensational crime.