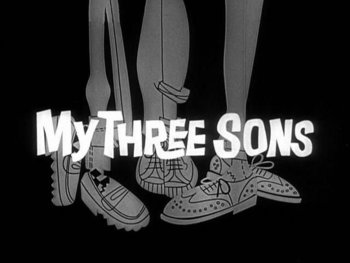 Dom Com about Steven Douglas, a wise, kindly widower, raising his three sons by himself; kind of like half The Brady Bunch. Starred Fred MacMurray and William Demarest. The show lasted from 1960 to 1972, a total of 378 episodes in 12 seasons.