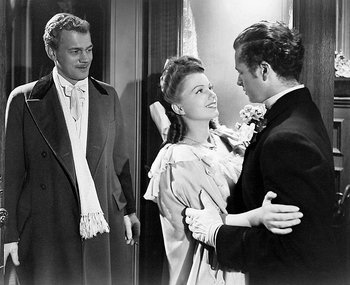 The film became famous for its behind the scenes controversies, which resulted in the film becoming drastically cut and taken away from Welles. (For more information, see the Trivia page). That said, even in the released version, The Magnificent Ambersons is often regarded as among the best U.S. films ever made, a distinction it shares with Welles's first film, Citizen Kane. The film was nominated for four Academy Awards including Best Picture, and it was added to the National Film Registry of the Library of Congress in 1991.

Robert Wise did the editing as well as directing the reshoots mandated by RKO.