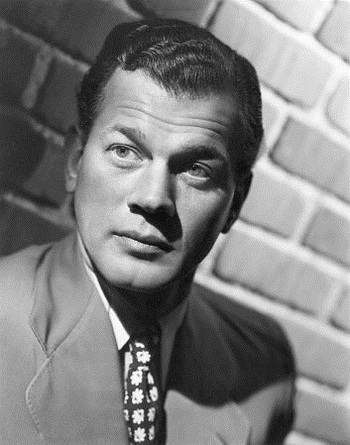 He was born in Petersburg, Virginia. His first big break in show business was as a member of Orson Welles' Mercury Theatre troupe, both on the stage and in radio as The Mercury Theatre on the Air. When Welles got a Hollywood deal, Cotten went with him, and gained worldwide fame in Welles' films Citizen Kane (1941) and The Magnificent Ambersons (1942), going on to become one of the leading Hollywood actors of the 1940s. One of his final films was Heaven's Gate (1980). Shortly after completing that film, Cotten had a stroke which caused him to temporarily lose his voice and put an end to his career before his death in 1994.

Cotten was one of the most dependable character actors of his time. He usually played affable romantic leads but could also play a mentally unstable jealous husband (Niagara) or a murderous sociopath (Shadow of a Doubt). His distinct hairstyle and face was the visual inspiration for the likeness of Norman Osborn and his son.

Joseph Cotten films on this wiki include: