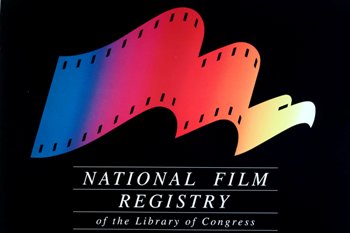 The National Film Registry is a department of the United States Library of Congress designed to preserve American-made films (both feature-length films and shorts) that are "culturally, historically, and aesthetically significant" since its inception in 1989. While live-action narrative films are the backbone of the Registry, documentaries are also eligible, as are animated films, newsreel footage, home movies, and anything else that captured important cultural and historical moments for posterity.

This is among the highest honors a movie can receive, much higher than even the Academy Awards (and, believe it or not, less politically meddled with as it is open via email).

Twenty-five movies are selected each year for the Registry. To qualify, an entry must be at least ten years old and to be produced or co produced in North America. Members of the public are allowed to suggest up to 50 titles per year for inclusion. Anyone interested in suggesting some worthy titles can do so here

. If your favorite isn't on there, check out their list of those not yet named

The musical and audio equivalent is the National Recording Registry.

See also These Amazing Shadows (a.k.a. The Film Registry Movie).

Films added to the registry include: