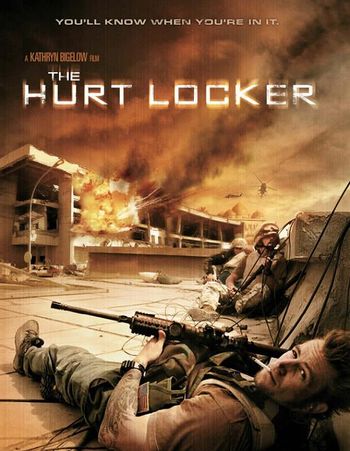 "Hurt" might be an understatement.
"The rush of battle is often a potent and lethal addiction, for war is a drug."
— Chris Hedges
Advertisement:

The film is done in the same vein as Generation Kill and has a minor amount of jitter cam for flavor. It does not address the ever-controversial politics of the war, instead focusing on the day-to-day lives of the characters.

The Hurt Locker was selected for preservation for National Film Registry by the Library of Congress in 2020.