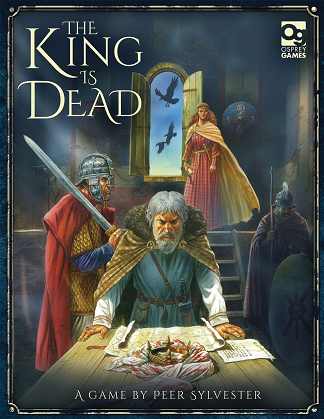 Uneasy lies the crown that wears no head.
"I am Doctor Edward Roivas. I am a clinical Psychologist. I am also dead. […] Their attention turns to my grand-daughter. For she is the last of my line, and the last hope of humanity."
— Eternal Darkness, Introduction (abridged).
Advertisement:

Between the many ways death can be used in media, there's its use as a trigger for the start of the story itself. It could start a Roaring Rampage of Revenge from part of the protagonists and pull them into something even greater, maybe looking for the truth behind the death could make the protagonist know about something he wasn't supposed to know, the protagonist could suddenly see himself having to continue where the deceased left off, or the execution of a baddie may bring forth something even worse, etc.

In order for a death to be covered by this trope, it has to satisfy some conditions:

Can sometimes overlap with Starts with a Suicide, Posthumous Character, Death by Origin Story, The Lost Lenore, I Let Gwen Stacy Die, Stuffed in the Fridge, Crusading Widower, Doomed Hometown (can be a greater scale of this trope), Starts with Their Funeral, Unexpected Inheritance, and the list goes on and on.

As a death trope, unmarked spoilers are bound to appear. Beware.