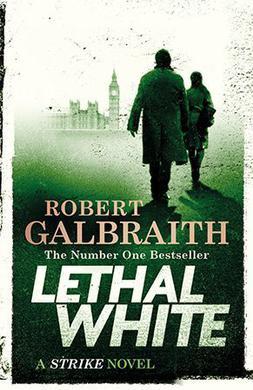 Lethal White is the fourth title in the Cormoran Strike Novels by J. K. Rowling writing as Robert Galbraith.

A year has passed since Cormoran Strike's partner Robin Ellacott got married to her fiancé Matthew Cunliffe; their marriage remains strained. Meanwhile, Strike's detective agency has thrived enough that they have been able to hire a couple more operatives. The story gets rolling when a mentally disturbed young man named Billy barges into Strike's office, telling a tale - "I see a kid killed...He strangled it, up by the horse."