Spoilers for the preceding Yakuza entries will be left unmarked. You Have Been Warned! 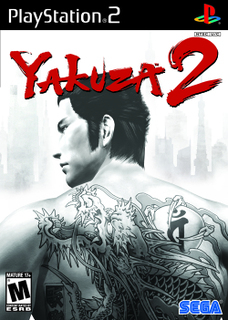 The legend of the Dragon of Dojima continues.
"Take this letter... Take it to Omi's... Jin Goda..."
— Yukio Terada
Advertisement:

A year after the events of the previous game, former yakuza Kazuma Kiryu receives a request for help from his former group, the Tojo Clan, to keep relationships with the eastern group, the Omi Alliance, stable. He is also assigned to gain the help of his late boss's son, Daigo Dojima, and convince him to take charge of the Tojo and become their new chairman. Across Kiryu's journey he crosses paths with Kaoru Sayama, an Osakan cop known as the "Yakuza Eater", and the Omi's "Kansai Dragon", Ryuji Goda, who seeks to be the one true dragon in Japan, all while learning of a Korean mafia group linked with the Omi Alliance and his own past. The story is full of conspiracies, havok, brawls, all tightly wrapped up in a crime noir setting.

Yakuza 2 expands on its predecessor by having two cities to explore this time around, Kamurocho and Sōtenbori and Shinseicho areas modeled after Osaka's respective Dōtonbori and Shinsekai districts. Along with an improved combat engine, Yakuza 2 felt like a more complete version of the first game. What Yakuza 2 is best remembered for is its deeper, more adult storyline that featured a full-blown love story and several themes completely absent from the original title.

The last title in the series for the PS2, the series would make the jump to the PlayStation 3 with the feudal spin-off Ryū ga Gotoku Kenzan! which puts Kazuma Kiryu in the role of the legendary Miyamoto Musashi. In 2012, the game was given an Updated Re-release in the form of an HD Compilation Rerelease which includes its predecessor, titled Ryū ga Gotoku 1&2 HD Edition for the PlayStation 3 and Wii U, but was only released in Japan.

In December 2017, Ryu Ga Gotoku Kiwami 2, a remake built on the Dragon Engine from Yakuza 6, was released in Japan exclusively for the Playstation 4. Along with enhanced visuals and a new engine, the game features new actors and expands upon the story, allowing Goro Majima to be playable once more in his own scenario taking place shortly after the events of the first game. A western release of the game was released on August 28, 2018, and a PC port was released on Steam on May 9, 2019.

Kazuma Kiryu's story would continue in Yakuza 3, which was released in 2009 in Japan and the following year for western regions. 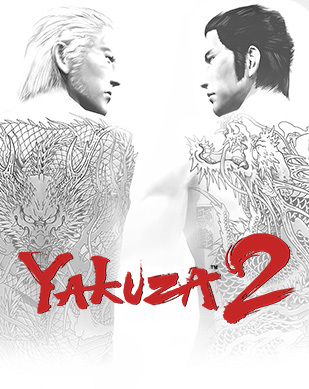 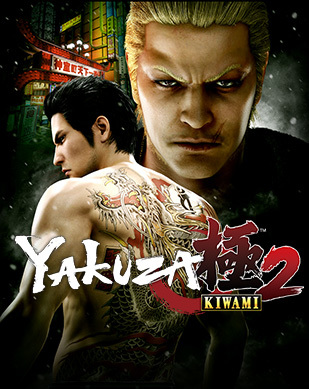