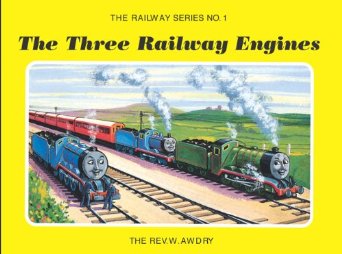 The Railway Series, which began in the 1940s, is a series of books written by the Rev W Awdry. The books formed the basis for the Thomas the Tank Engine TV series. The Rev Awdry wrote 26 books, pretty much one a year, between 1945 and 1972. Later, additions were written by the Reverend's son, Christopher, bringing the total number of books to 42.