Literature / The Little Engine That Could 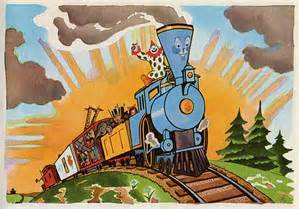 The Little Engine That Could is a famous children's story, used to teach children the value of optimism and perseverance. The story is said to be a metaphor for the American dream.

An early published version of the story, "Story of the Engine that Thought It Could", appeared in the New York Tribune, April 8, 1906, as part of a sermon by the Rev. Charles S. Wing.

A version of the story appeared in the six-volume Bookhouse Books, which were copyrighted in the United Kingdom in 1920 and sold in the United States by door-to-door sellers. Although this version contained no author attribution, it was edited by Olive B. Miller and published in Chicago. The Bookhouse version began, "Once there was a Train-of-Cars, and she was flying merrily across the country with a load of Christmas toys for the children who lived way over on the other side of the mountain."

The best-known incarnation of the story The Little Engine That Could was written by "Watty Piper", a pen name of Arnold Munk, who was the owner of the publishing firm Platt & Munk. Arnold Munk was born in Hungary; as a child, he moved with his family to the United States, settling in Chicago. Later he moved to New York. Platt & Munk offices were at 200 Fifth Avenue till 1957, when Arnold Munk died. Munk used the name Watty Piper both as an author of children's books and as the editor of many of the books that Platt & Munk published. He personally hired Lois Lenski to illustrate the book. This retelling of the tale The Pony Engine appeared in 1930. The first edition attributes Mabel C. Bragg as the originating author. However, Mabel C. Bragg, a school teacher in Boston, never claimed to have originated the story.

In 1954, Platt & Munk published another version of The Little Engine That Could, with slightly revised language and new, more colorful illustrations by George and Doris Hauman. A 1976 rework featured art by Ruth Sanderson.

The book received two movie adaptations: a half-hour film released in 1991 by Welsh studio Kalato Animation and distributed by MCA/Universal Home Video, and a computer-animated one released in 2011, twenty years later, by Universal Studios. Both were direct-to-video releases. 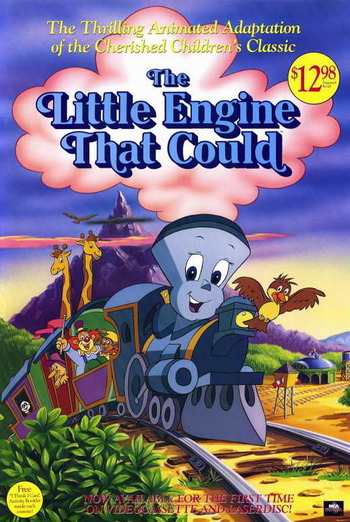 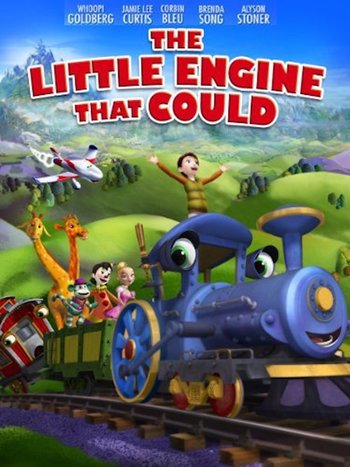