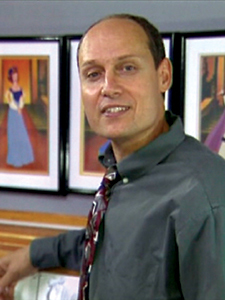 Born in 1951, Richard "Rick" Rich is an American animator and director best known as the creator of The Swan Princess and the director of the Disney Cult Classic, The Black Cauldron. More recently, he produced Alpha and Omega.

Though he never became particularly famous, he is notable for being the youngest director in Disney history, having made The Fox and the Hound when he was less than 30 years old. He is also one of the few animators in the industry without any formal schooling on the subject, instead having a degree in Musical Theater. He is also a close friend of Don Bluth, having worked as his assistant during production of The Rescuers.

Not to be confused with Richie Rich.