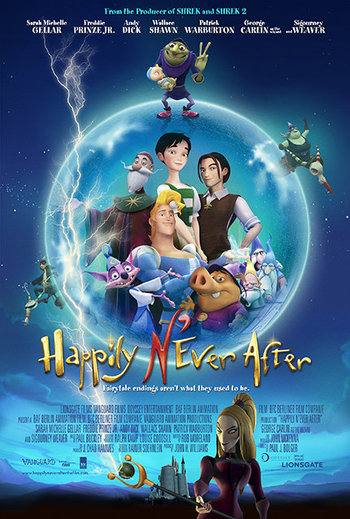 Happily N'Ever After is a 2007 independent German animated film set in a troperiffic fairy tale land. Cinderella's Wicked Stepmother gains control of the land's magic and uses it to cause all the fairy tales to have unhappy endings.
Advertisement:

Critical reception to it was wildly unkind, but it's since picked up a minor cult following, enough to earn a Direct to Video sequel, Snow White, Another Bite @ The Apple.

Happily N'Ever After provides examples of:

Happily N'Ever After 2 provides examples of: