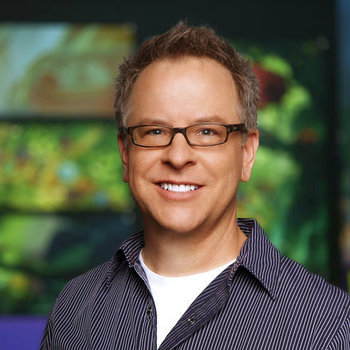 Rich Moore (born May 10, 1963 in Oxnard, California) is an American animator and film director, notable for several episodes in The Simpsons and Futurama. For a while, he worked for Walt Disney Animation Studios, with his first Disney work being Wreck-It Ralph. Later, he co-directed Zootopia. Afterwards, he left Disney for Sony Pictures Animation.

He also has done voice-over work in his works; such examples include the voices of Zangief and Sour Bill in Wreck-It Ralph and Doug in Zootopia.

His other credits include Mighty Mouse: The New Adventures* as writer, character designer and storyboardist, Sit Down, Shut Up* as supervising director, the Amazing Stories episode Family Dog* as animator and Big Hero 6* as a creative consultant.