Recap / The Simpsons S1 E4 "There's No Disgrace Like Home" 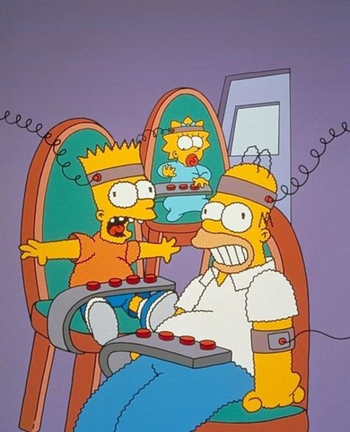 After being humiliated at a company picnic, Homer forces Marge and the kids to be more well-behaved, but after nearly getting caught spying on the neighbors, Homer decides to pawn the TV and pay for a session with Dr. Marvin Monroe.