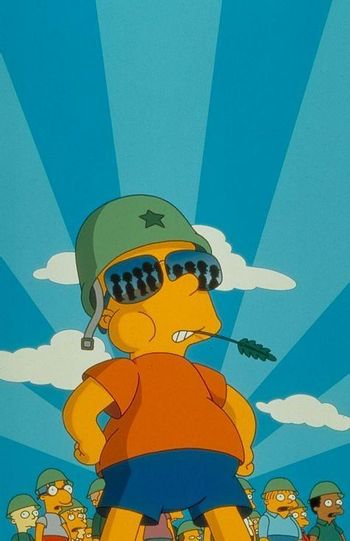 After Nelson steals cupcakes Lisa made for her teacher, Bart decides to stand up for her and ends up getting bullied by Nelson. After taking advice from Marge and Homer, Bart visits Grampa Simpson and a one-armed, mentally unstable military antique store owner named Herman and the three plan an all-out war against Nelson and his cronies.

Bart gathers an army of kids against Nelson.

Bart gathers an army of kids against Nelson.