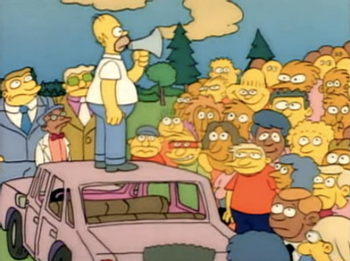 After an incident at the Nuclear Power Plant, Homer is fired from his job as technical supervisor. Unable to provide for his family without a job and reduced to stealing from his son to buy beer, he runs away to kill himself — until a near accident gives him a new lease on life as a local safety advocate.

In case that description didn't tip you off, Early-Installment Weirdness is here in spades, and that's not even getting into the shockingly dark and somber mood.