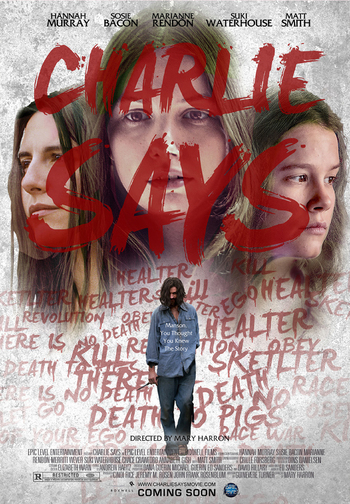 It is a story of the 1969 Tate-LaBianca murders, centering on Leslie Van Houten, one of three women belonging to Charles Manson's "Family" that were convicted of murder. A grad student named Karlene Faith is given the task of snapping the three "Manson girls"—Van Houten, Susan Atkins, and Patricia Krenwinkel—out of their trancelike devotion to Manson. As Karlene struggles to get through to the three women, the story of the Family plays out in a series of flashbacks. Leslie Van Houten joins the Family as a wide-eyed hippie girl on a voyage of personal discovery. She is sucked into Charlie Manson's cult, becoming a devoted Family member even as she occasionally questions the nonsense in Charlie's teachings. Meanwhile, Charlie has dreams of becoming a rock star, but when an audition for a record executive goes badly, Charlie's thoughts turn to murder.