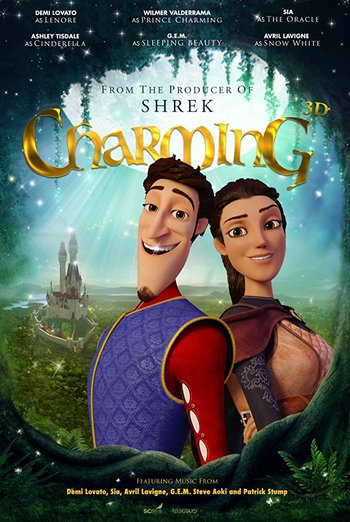 Charming is the story of Prince Phillipe, heir to one of the Four Kingdom, who was supposed to be given a blessing of charm at his birth. Unfortunately, the blessing was hijacked by his father's former lover who wanted revenge on him and the concept of love itself. The blessing turned curse means that any woman who looks into Phillipe's eyes will fall madly in love with him, whether he likes it or not. And he most certainly does not.

Cue the expected quest and race against the clock to find the meaning of love before Phillipe's 21st birthday when the curse will be made permanent.

This film was released on April 20th, 2018 and was produced by Vanguard Animation, the same folks who produced Happily N'Ever After.