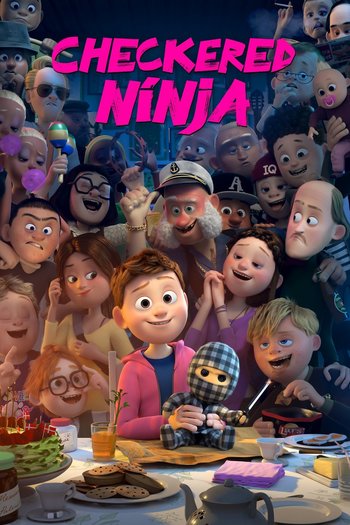 Checkered Ninja (Ternet Ninja) is an animated movie produced by A. Film and written by Anders Matthesen based on his novel of the same name. It premiered in Denmark on Christmas Day of 2018 and has broken quite a few Danish box office records, including most successful Danish animated movie of all time and most successful Danish movie of the 21st century, and has won the Robert Awards for best child/youth movie, best song and best adapted screenplay. Level K holds the international distribution rights and showed it on the European Film Market in February 2019.

The movie follows Aske, a 7th grader with a strained relationship to his step-family members and who pines after Jessica, a girl in the grade above. He receives a checkered ninja doll from Uncle Stewart on his birthday and quickly grows wise of the fact that the doll lives and can help Aske with whatever troubles him, but on the condition that he helps the doll take revenge on an evil man...

The film received a sequel, Checkered Ninja 2, in August 2021.