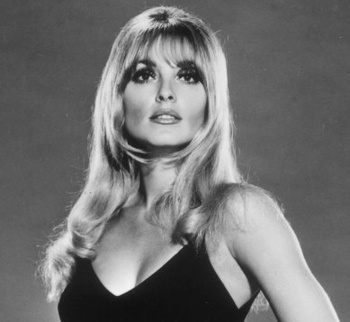 She was hailed as one of the New Hollywood's rising stars after her part in Valley of the Dolls earned her a Golden Globe nomination for Most Promising Newcomer. She married her co-star and director on The Fearless Vampire Killers, Roman Polański, in 1968 following their on-set romance.

Tate's life was tragically cut short when she was murdered on August 9, 1969 at the age of 26 by members of Charles Manson's "family", along with four other people and the unborn child she would have had with Polanski. Today, her actual life is heavily overshadowed by her murder, if only for the notoriety of it and its mastermind.