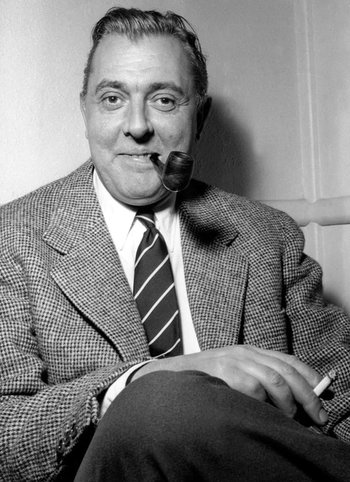 Jacques Tatischeff (9 October 1907 – 5 November 1982), Tati for short, was a comedian and filmmaker born in Yvelines, France.

He worked as a professional rugby player and a music hall performer before getting involved in French cinema. His movie career spanned from the late 1930s to the late 1970s, although as a director he only made six feature films, beating Stanley Kubrick (but not Charles Laughton) as one of the least prolific filmmakers still held in high regard.

Tati's comedies are known for their attacks on materialism and for having barely any dialogue. Many of them feature a character named Monsieur Hulot, played by Tati, who is in many ways the French equivalent of Charlie Chaplin's famous Tramp and (according to Rowan Atkinson) a major influence on Mr. Bean.