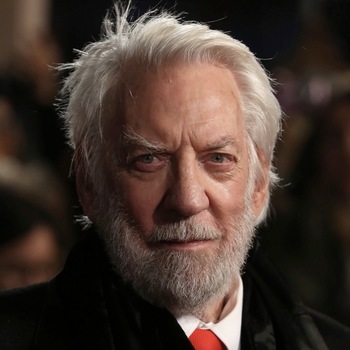 "I have never planned anything. I have been doing this job for over fifty years. I have been paid to work with some wonderful people and it has been a huge gift, to me."
Advertisement:

Donald McNichol Sutherland CC (born 17 July 1935 in Saint John, New Brunswick) is one of the most prolific Canadian actors of all time, with a career spanning more than fifty years.

He is the father of Kiefer Sutherland.