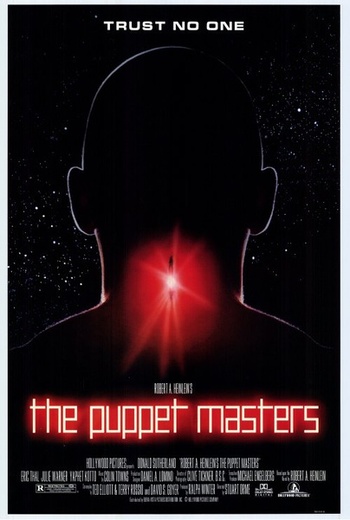 The Puppet Masters is a 1994 science fiction film starring Donald Sutherland, Eric Thal, Julie Warner, Keith David, Will Patton, Richard Belzer, Yaphet Kotto, and Andrew Robinson, based on the novel of the same name by Robert A. Heinlein about an Alien Invasion.

After a flying saucer lands in rural Iowa, secret agent Sam, NASA scientist Mary and "The Old Man" Andrew Nivens investigate. They find that a group of parasitic aliens have in fact landed and are planning to use their mind-control abilities to take over all of humanity and eventually Earth.