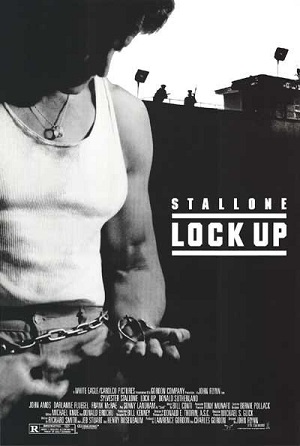 Lock Up is a 1989 prison film directed by John Flynn, starring Sylvester Stallone and Donald Sutherland.

Frank Leone (Stallone) is a convicted criminal who is nearing the end of his sentence for model behavior. One day he is sent to the maximum security Gateway Prison on trumped-up grounds by the vindictive, brutal Warden Drumgoole (Sutherland). Drumgoole still has a bone to pick with Leone over humiliating him by escaping one of his prisons years ago, and wants nothing more than to see Leone rot in prison for the rest of his life. As Leone tries to sit out the remainder of his sentence, Drumgoole resorts to increasingly evil means to make sure Leone's stay will be a living hell.