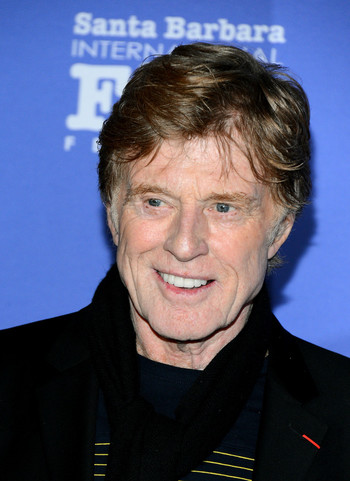 "All of the films that I've made are about the country I live in and grew up in... And I think if you're going to put an artist's eye to it, you're going to put a critical eye to it. I've always been interested in the gray area that exists between the black and white, or the red and blue, and that's where complexity lies."

Charles Robert Redford, Jr. (born August 18, 1936) is an American film actor and director. Other than the works he has been directly involved in, one of his biggest contributions has been the founding of the Sundance Film Festival, the biggest independent film festival in the USA, at his ranch in Utah.

In August 2018, he announced his retirement from acting after the release of his final film, The Old Man & the Gun, although he subsequently appeared in a cameo in Avengers: Endgame.

Films he has starred in with pages on this wiki include:

Films he has directed with pages on this wiki include: