Film / All Is Lost 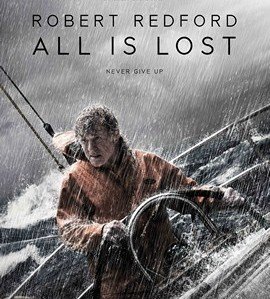 "I'm sorry. I know that means little at this point, but I am. I tried. I think you would all agree that I tried. To be true, to be strong, to be kind, to love, to be right. But I wasn't. All is lost."
—Our Man
Advertisement:

All Is Lost is a 2013 film directed by J.C. Chandor (Margin Call) and starring Robert Redford.

Redford plays a sailor at sea on his yacht, who must fight to survive when his boat is struck and badly damaged by a stray cargo container.

And that's pretty much the whole plot.