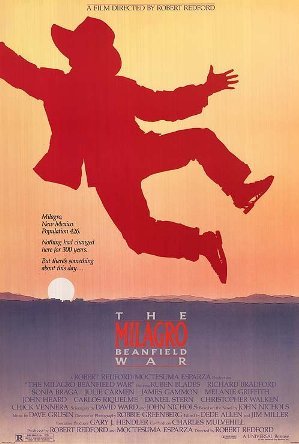 In the impoverished northern New Mexico town of Milagro, a struggling farmer illegally diverts water intended for a new ski resort onto his barren pinto bean field, setting off the titular war between the Anglo resort owners and the local Hispanic farmers and ranchers.