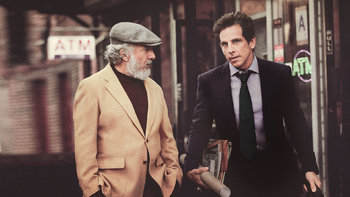 It narrates the story of the titular Meyerowitzes, a big, dysfunctional New York family.