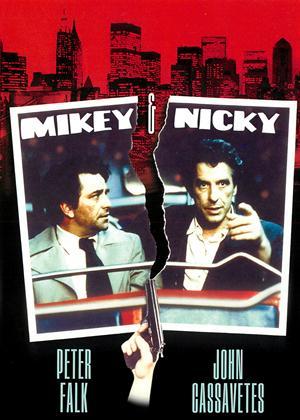 Mikey and Nicky (1976) is a drama directed by Elaine May, starring Peter Falk and John Cassavetes.
Advertisement:

Small-time hood Nicky (Cassavetes) gets in trouble for stealing from his mob bosses. He calls Mikey (Falk), his lifelong friend. Throughout the cold Philadelphia night, Nicky tries to lay low, thinking he’ll get bumped off by the mob. Mikey reassures him all the while that he’ll be fine, not telling Nicky that he knows all about the hit set out on Nicky.

The film was filmed in 1973 but due to Executive Meddling wasn’t released until 1976.