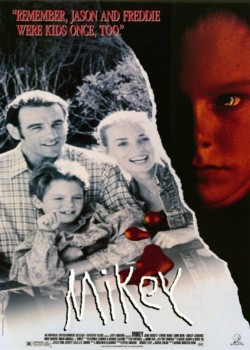 Mikey is a Slasher Movie made in 1992 about a 9-year-old psychopath who longs for a loving family after being abused by his original family. When he feels that his foster families don't love him, he murders them or anyone else who makes him angry. The film starred Brian Bonsall as the title character.