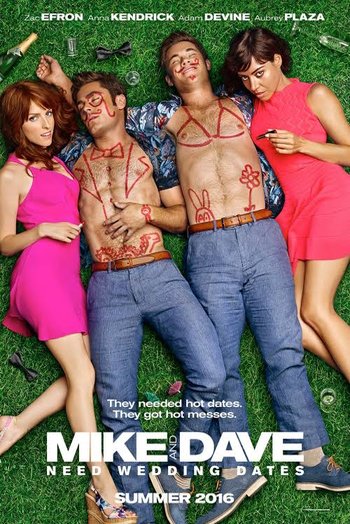 Stangle brothers Mike (Devine) and Dave (Efron) are young, adventurous, fun-loving brothers who tend to get out of control at family gatherings. When their sister Jeanie (Sugar Lyn Beard) reveals her Hawaiian wedding plans, the rest of the clan insists that they both bring respectable dates. After placing an ad on Craigslist, the siblings decide to pick Tatiana (Plaza) and Alice (Kendrick), two charming and seemingly normal waitresses. Once they arrive on the island, however, Mike and Dave realize that their companions are ready to get wild and party hard.